You are at:Home»Education @de»Quit smoking naturally: meditate your way into giving up cigarettes
By Dan Merton on December 18, 2015 Education, Featured, Health and Wellness, Miscellaneous

Want to beat a costly and unhealthy addiction?

Here’s how to do it – with no resolutions needed and no temptations to be conquered.

Within seconds of lighting up a cigarette, nicotine floods the brain and, by imitating a chemical called acetylcholine, makes one feel fantastic.

This calms and re-energizes, kills physical pain, and even improves memory and attention.

Over time, however, the love from the first puff is destined to dissipate.

As the brain adjusts to the nicotine overload, smoking has less and less to offer. Eventually, a cigarette is required not for pleasure, but in order to feel “normal.” 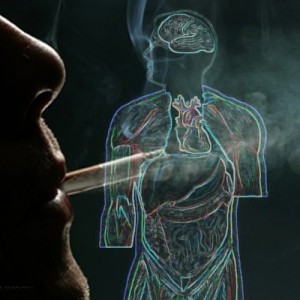 SMOKING AND ADRENALINE: Nicotine is a stimulant. When you smoke, the adrenal glands start working and in doing so the heart rate increases, the blood vessels contract and air passages dilate. Years of lighting up have made a smoker’s adrenal glands weak and tired because of constant over-stimulation.

What is actually going on is more like climbing out of a hole one has dug himself: the feel-good factor involved in smoking comes from medicating the agitation of… tobacco-craving!

There are enough studies to prove that people who do manage to quit smoking end up feeling a lot less stressed as a consequence.

However, because smoking changes the brain so radically, tobacco is as addictive a substance as cocaine or heroin.

That’s the reason why, despite it being the biggest preventable cause of death in many parts of the world, people still find it so hard to kick the habit.

Why it is easy to quit smoking with Transcendental Meditation?

Since stress-relief is what most people look for in cigarettes, it is no surprise that an authentic tool for stress-busting – the technique of Transcendental Meditation – can have an unexpected side effect of tackling tobacco-addiction.

TM is not a technique specifically designed to help people overcome their addiction to tobacco. And quitting smoking isn’t a pre-requisite to starting the practice. 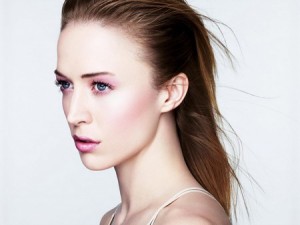 GIVING IT UP: “I realized four months ago that I had to quit smoking. It was a habit that I had been carrying around with me throughout my modelling career. I thought that smoking would keep me thin… It’s something that makes me very proud now, to be a non-smoker. To take care of myself.” — Raquel Zimmermann, fashion model & meditation practitioner

However, it does precisely what people hoped nicotine would do. Meditating relieves stress.

And several studies prove that, as a result of reducing stress, TM helps people quit smoking.

The effect of meditating seems to be cumulative – the more meditation reduces the stress levels, the less smokers feel the desire for a cigarette.

A meta-analysis of studies on different programs designed to help quit smoking showed that the positive effect of Transcendental Meditation was 2-5 times larger than for other programs.

One of these studies compared the smokers doing TM to those not practicing the technique.

The study, lasting over two years, demonstrated that the rates of quitting and decreasing smoking increased over time and were the highest for the group who practiced Transcendental Meditation daily.