Struggling with his studies at university, Thomas Reinholdt set out to find a cure for his short attention span. Once he learned how to meditate, he breezed through law school and embarked on a successful career in finance. Today, he is teaching the winning TM technique to his peers in the finance industry in Norway. THOMAS REINHOLDT: in action in the army

How did Transcendental Meditation come into your life?

THOMAS REINHOLDT: When I was 19, I started studying at a business school. I had previously always had really good grades and they had come easily. So, when I went to study business, I thought it would be just as easy – but it wasn’t.

After a year and a half, my report card was not really something I wanted to show to my parents (laughing). I was partying quite a lot. My attention span was really short. I could focus for only 15-20 minutes out of every hour.

It was really hard to get much out of my work every day. I had to retake exams and had double semesters.

So I started looking into how to increase my efficiency, and I found Transcendental Meditation.

At first I was very sceptical. After the introductory lecture I thought, “If 10% of what this guy says is true, then this is fantastic!”

How long did your scepticism last?

THOMAS REINHOLDT: After just a few days of meditating I was like: “Wow, this is it!”

I felt such calmness and quietness inside, and that changed everything. Right away my studies started going more smoothly.

A year after I learnt TM, my father died in a skiing accident. This experience really showed me the importance of the calmness I had inside as a result of meditation. It was hard and I was very sad, yet I could direct even that energy in a positive way and make the following years incredibly productive.

I wanted to go into Special Forces. We have mandatory military service in Norway, but getting into the Special Forces (SF) is tough. I exercised a lot before I went to a month of tests to get into SF, which culminates with “hell week,” where you really get to test your own limits. Before I went there I noticed how TM helped me to have much quicker recovery than before. The stamina that I had built up helped me to get through “hell week” and to serve in the Special Forces unit in Norway.

After the army service, I started law school. Because of TM I noticed a huge change. I was able to focus for 50 minutes and take just a 10 minute break. I could do that the whole day!

I received my law degree two years earlier than normal. I had laser-sharp focus, my memory had improved, and I could grasp all the knowledge easily.

What did you do after you were done with your studies? 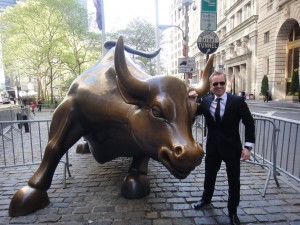 Thomas knows what it takes to succeed in business.

THOMAS REINHOLDT: I had always wanted to be an entrepreneur, so after I graduated I founded a startup company which provided organic school lunches. It fared really well in the private sector, but the public schools did not have enough money to afford it. In addition to these activities, I was working in money management.

The startup did give me a really good experience, though, in the entrepreneurial way of thinking. I learned to be flexible, to see what works and what doesn’t –and to move on.

Then I worked with finance, money management, and real estate, trading stocks, currencies, and futures.

So what made you quit your career in finance and go to the Transcendental Meditation Teacher Training Course (TTC)?

THOMAS REINHOLDT: I had thought about it also during law school. At one point, that desire just came back more strongly. I realized that this would be my ideal life – teaching TM and doing a bit of finance projects on the side. Right now, though, I’m mostly focused on building up the TM side.

You graduated from TTC in September 2013. How has the experience of being a teacher turned out to be?

THOMAS REINHOLDT: The funny thing is that I wasn’t really sure how I would function as a teacher. I never thought of myself as having the potential to be a good teacher. I just went to TTC to get the knowledge. 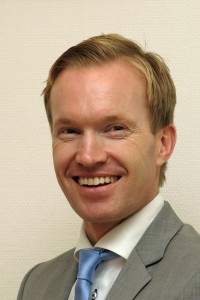 A happy teacher of TM

Was your uncertainty justified?

THOMAS REINHOLDT: In the beginning, it was like a challenge – and I love challenges!

However, what I discovered was that, basically, teaching is just being able to administrate your own life. You teach by your personal example.

What’s been the best thing about being a teacher of TM?

THOMAS REINHOLDT: When I was really young I often felt unity with nature and others. When I started TM 16 years ago these feelings became strengthened. Teaching TM makes it possible for me to realize myself at the same time as I help others transform their lives toward greater success and happiness. This win-win situation is very fulfilling.

What still always surprises me is that TM is so efficient. Everyone who learns notices a difference!

It’s been so long ago since I started myself. I don’t even remember the contrast between how things were without it.

So seeing how grateful people are and how they respond to the knowledge and appreciate it, seeing and understanding how this can really help them – that’s the most blissful thing!

I taught this guy recently who was a recovering drug addict. He came back two months later for checking and he felt like a totally new person.

Also, there was this woman who had small kids and who had not had a good night’s sleep in 4 years. After the third day of TM practice, she was smiling like a sun – she had been sleeping like a baby and she was so happy! 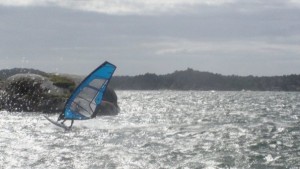 THOMAS WINDSURFING: one of his favorite sports

Lately, there was also a journalist and writer whose mind was all over the place, and he was very sceptical that anything could help. After a week he came back and told me how amazed he was!

The efficiency and simplicity of TM is the brilliance of it.

So taking people through the process and seeing the results gives me more and more determination to go all the way with it.

One of your focuses is also bringing TM to the business world. Based on your own experience, what do you consider the main perks of practicing TM for someone working in that field?

THOMAS REINHOLDT: Businesspeople are generally very mindful about how they spend their time and also how much they get out of every day. These are basically the same reasons why I started TM: to have better focus, better memory, and less stress; to be more in the flow; and also to have more balance. More happiness and better relationships usually come as a surprising positive side effect for businesspeople J. 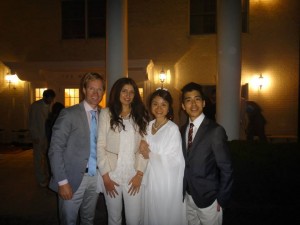 THOMAS WITH COLLEAGUES: TM teachers from Macedonia and Japan

How does your background from other fields influence your TM activities?

THOMAS REINHOLDT: In August I will start a project teaching war veterans TM in cooperation with a veteran’s organisation. Having been in the Special Forces myself definitively makes it easier both to understand them and also to explain what TM is and how they can benefit from it.

I would like use this opportunity to express my deep gratitude to my mother and father for their unconditional love and support, to Maharishi Mahesh Yogi for giving me the knowledge of true freedom and to the TMHome.com team for your great work with this website.