You are at:Home»Education @fr»Will meditating increase your intelligence?
By Dan Merton on December 9, 2015 Education, Featured, Miscellaneous

It was once thought that our level of intelligence remained static throughout  life.

However, there is now strong evidence that we can raise our intellectual capacity — and that meditation may be one of the most efficient ways of doing that. Decide for yourself: here’s the recent scientific research on meditation and intelligence.

But are there scientific studies which have focused directly on Transcendental Meditation and increase in levels of intelligence? 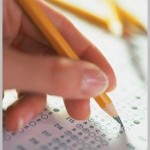 Intelligence Quotient or IQ is one of the oldest and most well-known measures of human intelligence. Though its accuracy and relevance is today widely debated, “IQ” remains the catch word for intellectual ability. One interesting fact about IQ is that according to longitudinal studies, intelligence has arguably been rising over time in Western societies. This gradual increase of 3 points per 10 years on the IQ scale (with the starting point back in 1930’s) is known as the Flynn effect.

Most of research on intelligence has been conducted on young people – kids in their early childhood, students at schools and universities. Here are few of the most recent results.

INTELLIGENCE AMONG CHILDREN IN ELEMENTARY SCHOOL

A 45-week study with 25 experimental and 25 controls among elementary school students found increases in principal components of self-concept, analytical ability, and general intellectual performance among experimental participants (analysis of covariance). The practice of Transcendental Meditation was found to accelerate natural developmental consolidation of awareness at a deeper level – the thinking level versus the perceptual level.

In conclusion, the scientists reported that regular practice of the Transcendental Meditation produced significant effects on all variables compared to no-treatment controls.

A third longitudinal study investigated for 2 years running the effect of participation in a special university curriculum, whose principal innovative feature is twice-daily practice of the Transcendental Meditation and TM-Sidhi program. The intelligence measures were based on Cattell’s Culture Fair Intelligence Test (CFIT) and Hick’s reaction time, correlating with general intelligence. The research results indicated a clear improvement on both scales for those 45 college students who were regularly practicing Transcendental Meditation.

It seems a fair bet that Transcendental Meditation — if practiced regularly, 2 times 20 minutes per day — will open up your intellectual and cognitive capacities. Science says it in its neutral academic language, and statements from practitioners confirm it from a first-hand perspective. So…

…dive within and discover your true potential!